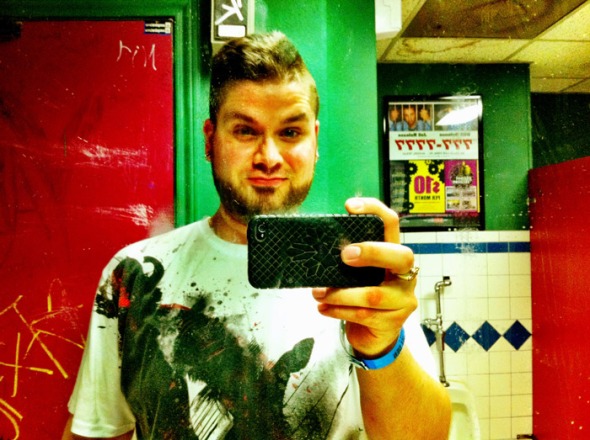 I know I’ve been getting slow with updates. It’s funny when you never have time to just sit and think. Most of my thoughts come in between tasks, and if I remember, I’ll get them down to post. Anyway, on with my LATE bathroom pic….
I forget the name of this place, but they dump a bucket of cooked seafood ON THE TABLE, and you eat like an animal. I’m talking King Crab, Blue Crab, un-peeled shrimp, corn, sausage, and a whole lotta NOM NOM NOM. This was on 6th, in Austin, TX. My band, The Rabid Whole, was down for SXSW, so we decided to try it. And the chow was not cow, but from starboard bow! AH-HYUK! Thems rhymin’ words.

This entry was posted on November 1, 2012 by Radutron. It was filed under Lavatory, People, Places, Washroom and was tagged with 6th st., Austin, Bathrooms, seafood, SXSW 2012, Texas, traveling.