My Thoughts on Final Fantasy XV

I just recently finished Final Fantasy XV and I must say while I take issue with the way the story paces, and takes interesting turns at very odd times (which I blame on the choice of the publisher choosing to make the holes in the story DLC), this is one of the most beautiful games I have ever played. 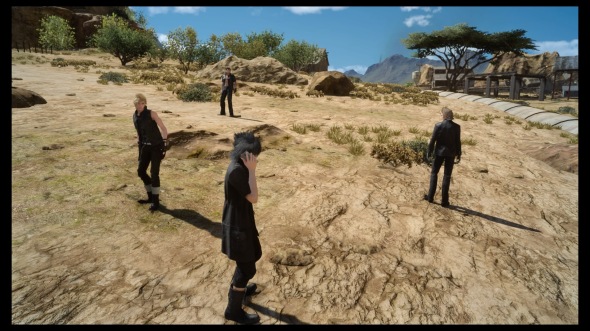 The story is about a young prince named Noctis who is on his way with his best friends/bodyguards to meet his bride-to-be Lunafreya. Disaster strikes as his kingdom crumbles after he leaves, and his father dies protecting it. The only choice is to move forward and gain the strength of fallen king spirits who previously ruled the land, and also the support of celestial gods to help reclaim the throne Noctis is rightfully heir to.

The entire world is open to explore, save for a few roadblocks that open after story progressions, and each area is a seamless transition much like exploring any open world game. Except the world map here is much more epic to traverse with your party in a car, and it feels like a great road trip complete with pit stops, in-vehicle conversations, and beautiful vistas. 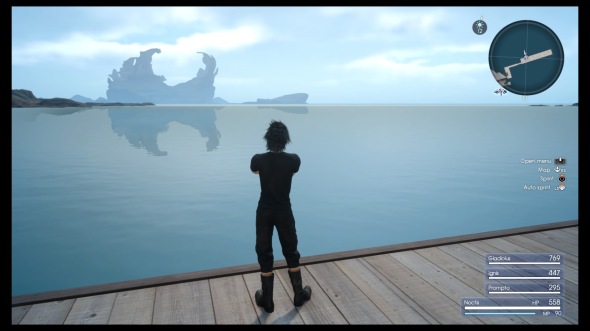 Stopped at a resort and took in the sights. So beautiful.

This game is a love letter to fans of Final Fantasy, and the series itself. I couldn’t help but to think that the four main character’s haircuts were odes to characters of series past. The celestial gods (who are ‘summons’ from past games) are beautifully faithful to how they’ve looked previously, and most are massive! The ending of the story suggests The Knights Of The Round (found in FFVII) which I didn’t catch on until twelve, then a thirteenth strike is made on the antagonist. 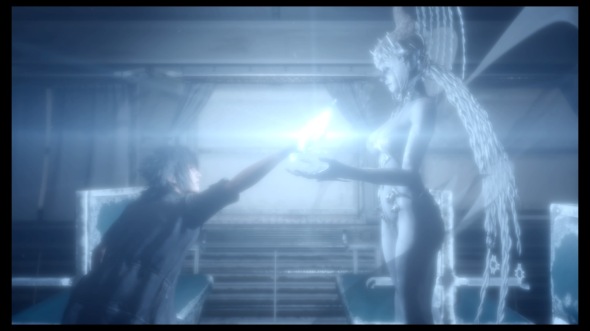 An eternal friend reveals herself as the goddess Shiva. 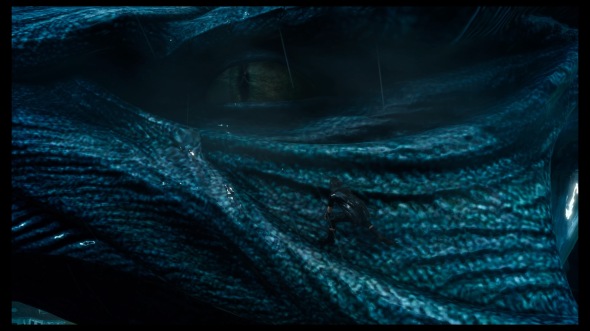 Noctis demands the help from the god Leviathan, which was one of the most epic fight scenes I’ve ever witnessed in a video game.

The main selling point to this game for me was the brotherhood of the main characters, though a little too “bro”, there’s enough dynamic to the characters that it was believable, and I could relate to the ball-busting and teasing they would do to each other. Combine this with the car rides to new destinations, it made me yearn for epic road trips with friends.

The character Prompto, who is one of the four in the party you control, takes random pictures during each day, and you can save your favourites. There’s a certain part of the end of the main story that Noctis requests to take one photo with him to the final confrontation, and that photo is laying in the throne room, and the game uses it a certification of completion of the game. Something I thought was very touching. 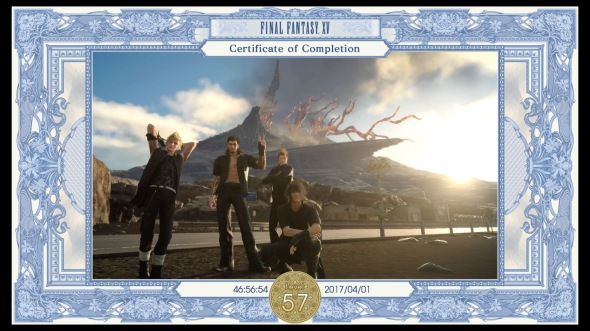 Despite some plot issues (which I blame on being turned into DLC), this is an epic tale, and great modern RPG that I’m sure people will be remembering down the line. Especially long-time Final Fantasy lovers like me.

This entry was posted on April 2, 2017 by Radutron. It was filed under Art, Games, thoughts, Uncategorized, Video Games and was tagged with Final Fantasy, Final Fantasy XV, Radutron, review, screenshots, Thoughts.