One of my best friends bought me a ticket to see Jordan Peterson at the Queen Elizabeth Theatre in Toronto. Here’s the email I sent him: *Edit: The name tag says “Bucko”*

So here’s my thoughts on the show. Unfortunately my audio recorder stopped recording after I put it back in my pocket. Rookie mistake…

Honestly though, there weren’t any new revelations, just paraphrasing some of the chapters at his own pace and off the top of his head (not scripted!). But I would commend him on being more clear and direct with his message.

In reference to chapter 6, Peterson touched on the van massacre and said that the driver aimed low, and he apparently arrived in court looking like he was going to accept a medal.

The biggest themes he touched on were standing up straight, telling the truth, and listening to people like they know something you don’t. As his tour goes on I’m sure things will shift at their own volition.

One of the biggest take-always I gotta say is that I talked with some of the people I was in line with (one gave me and many others the same name-tag), and an older married couple sitting beside me. Both times I was asked how I found out about him (the whole pronoun thing, more specifically the 24Hrs newspaper letter he wrote defending himself which hooked me in). There was a sense of “individual comradery” which I mean that we are not followers of Peterson because he doesn’t take the responsibility for us and therefore is our leader. That’s what tyrants do. He reminds us that we can take responsibility for ourselves and we attend his lectures in context to our own individual lives.

This is well written enough I think I’ll include it on my blog.

This was awesome dude, I wish you were here, thank you very much. I really feel like I see someone who will be remembered like Jung, and his fellow peers.

Peterson: *shakes hand* “You’re very brave to wear that name-tag.”
Me: “Yeah well…” *shrug*
*photo taken*
Me: “Your symbol in between the chapters and all over our website and stuff… did you make that?”
Peterson: “Yes I did. 30 years ago. It’s this big and about that thick…” *gestures about 3 feet wide and about a foot thick* “It’s a symbol for music.”
I shake his hand and say: “Keep up the good work, doctor.” ‘ 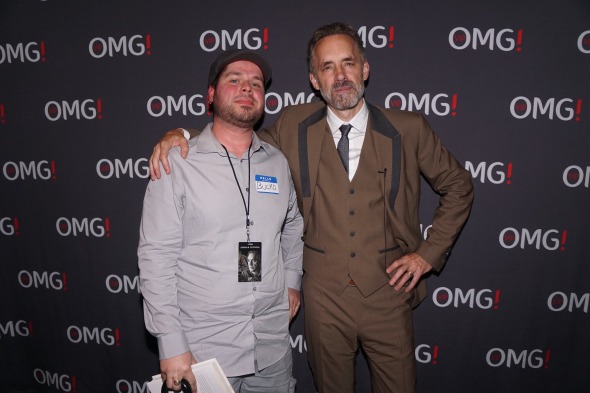 Here’s a list of things that I’m grateful for that happened in 2017 (in no order):

It was a damn good year for me, personally. 2018 will have less debt, and more love and creativity coming out of me. I’m also looking forward to getting RADUTRON on stage this year! Woo!

I had a dream last night that Jordan Peterson was having a contest that he would tattoo people who won. I won a spot and Peterson was to tattoo “Ecce Homo” (his choosing) on me but I declined because the design was so terrible.

New Track – Something for the…uh… imagination? 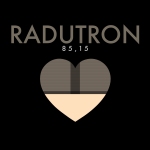 I cannot confirm nor deny the potentially revealing theme of this track. Ah hell, who am I kidding!?

I was on the subway looking up at the ads, and I thought that if or when civilization crumbles I hope that future archeologists don’t confuse these with hieroglyphics.