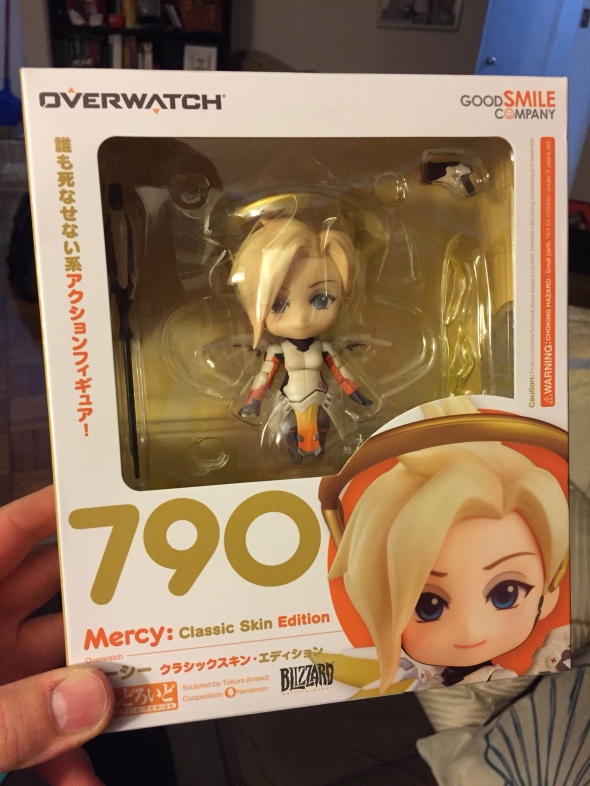 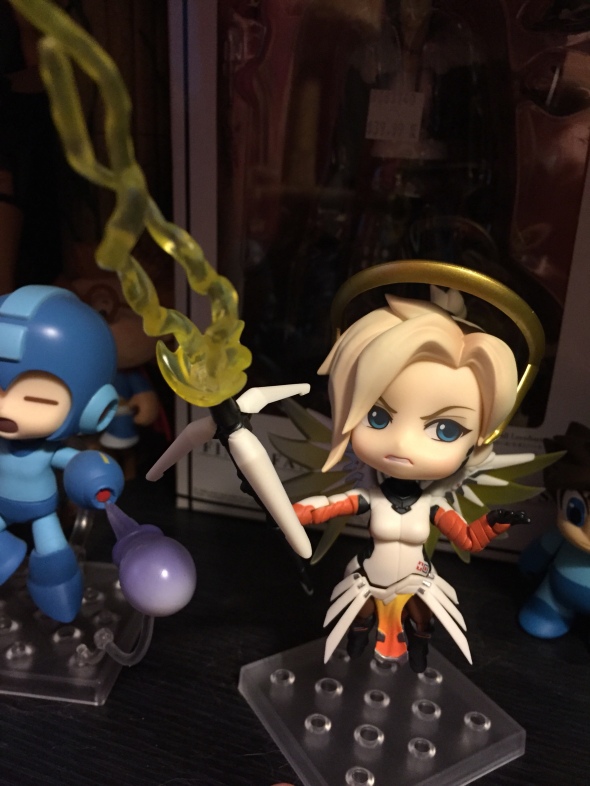 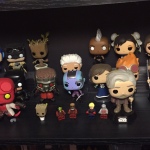 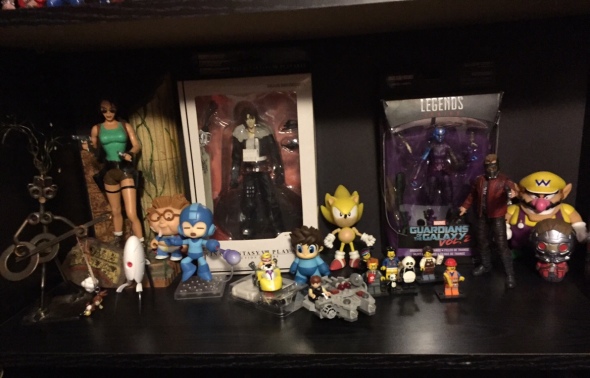 Miitopia: One of my favourite RPGs EVER!

I can’t get enough of Miitopia. It’s addicting as hell, adorable, and more in depth than it lets on. It’s probably the most fun RPG I have ever played, and I’ve played a good chunk of them.

A “Mii” is a Nintendo avatar originally made on the Wii, and 3DS systems as a fun mini-game character that you’d fashion as yourself or anyone else. Miitopia takes your Mii characters and casts them as characters of your choosing. The main character, their party members (6 so far that I’ve customized), The Dark Lord, mysterious wizard, a genie, and MORE all get the chance to be modeled to be played by whoever you want them to look like.

I also must mention the townsfolk in this game. It’s been surprise meets hilarity when I see some of these characters and wonder who in the development team chose them. The townsfolk, and other fifth business’ faces look and are blatantly named after such people as Bob Ross, Lamb Chop (from Lamb Chop’s Play-Along, a deep cut in my childhood tv-watching), Bob (the Minion), Batman, Kratos (God Of War), familiar Nintendo characters, and many others! I’m not sure if it’s random or what, but it’s been a delight to see who shows up next.

One of my waifus, Lara (warrior class) on a break.

I cast my Mii as a “Pop Star”, which in traditional pen/paper RPGs is the “Bard” class. My lady, cast as a “Chef”. And my waifus Jack, Lara, Mercy, Piper, and Chun, cast as “Thief”, “Warrior”, “Sorcerer”, “Cat”, and “Imp” respectively. Each job class has a myriad of abilities appropriate to their name-sake, with a total of 12 jobs (and several personality types to choose) available as the story progresses. 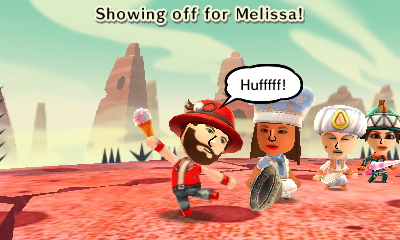 The world map is classic Super Mario Bros. 3/Mario World style, and you select a level that brings you to stretch of land your characters traverse on their own and certain fun and cute events happen, a treasure chest appears, or (of course) battles. Battles are sort of brain-dead in the sense that you’re merely just watching the battle happen of its own volition, with no intervention EXCEPT when its your main character’s turn. You can choose to attack or cast a spell/ability (depending on your chosen class). The rest of your party acts automatically. Thankfully your teammates aren’t stupid and know when to heal themselves and/or each other when its appropriate. 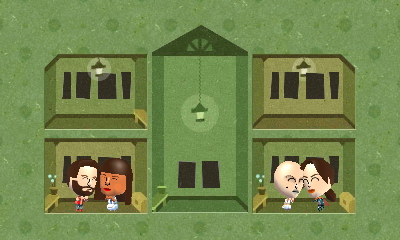 The Inn is a mini-game of itself that brings your party’s struggle to life. 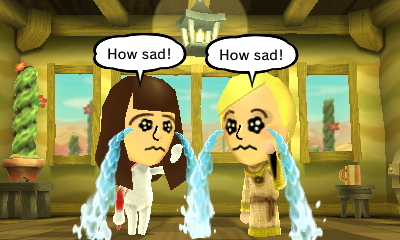 Piper and Mercy bond by gossiping about my main character.

My main character, and my Mii modeled after my lady make-up after a personal conflict.

Relationships are developed mildly during battle, but are really grown in The Inn after each stage. This is done by placing party members in rooms together, and these are often met with cute cut-scenes of them chatting or doing other things like cleaning, or exchanging gifts. The Inn also allows you to feed your party members with food you’ve collected from battles to boost stats, and each character will learn what their favourite or hated foods are. You can also purchase new weapons and armor if you see that a party member requests it. There’s also two mini-games that are played using game-tickets (found in treasure chests): Rock/Paper/Scissors, and a spin-the-wheel type. The former is a chance to win more gold, while the latter is a random chance at more XP, armor/weapon, MP candy, or tickets to take two party members to a carnival-type cruise that develops their relationship immensely.

Relationships grow on a level system as well. Each level unlocks an ability used during battle such as teaming up for an attack, damage boosting, and helping your character dodge. 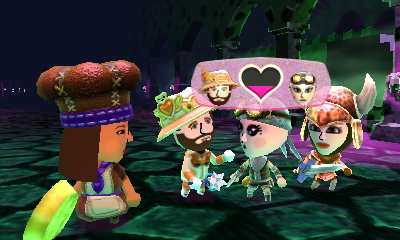 The only problem I’ve had with this game was the obsessive need to go back to each stage to get through each path I didn’t choose initially to complete and get every treasure box.

I have to say that this has been so much fun to play, and will remain in my small 3DS library forever (7 games right now). I highly recommend this to anyone who appreciates a fun Nintendo game, and can deviate from the serious lore-heavy RPG.

P.S. Want to add ol’ Radutron to your party? (WARNING: He’s uses swear words after defeating enemies. I made that happen by editing my characters settings. The developers did not code that in!) Here’s my QR code:

Talking about “Mercy” from WAIFU

I talk about getting some hate online as a Mercy-player in Overwatch. And of course the rhyme and reason why Mercy is in WAIFU. This concludes the last of the WAIFU series edition of the Stuttering and Stammering podcast.

Listen to WAIFU on Soundcloud, and Bandcamp!