All the way from Brazil! 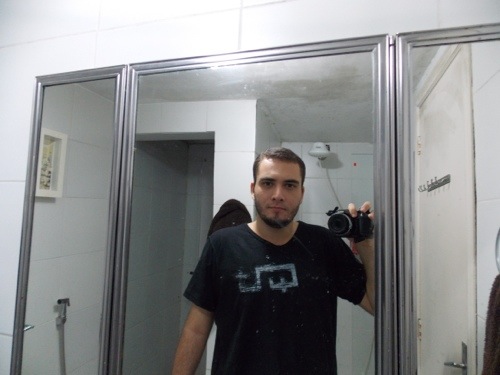 I got an awesome email from a fan of my band The Rabid Whole. His name is Marcos, and he made his own TRW t-shirt, and has seen my blog, and decided to send me a pic of himself. Pretty cool, eh? I think so.

On a side note, I’m coming back to my regular blogging schedule, very soon! 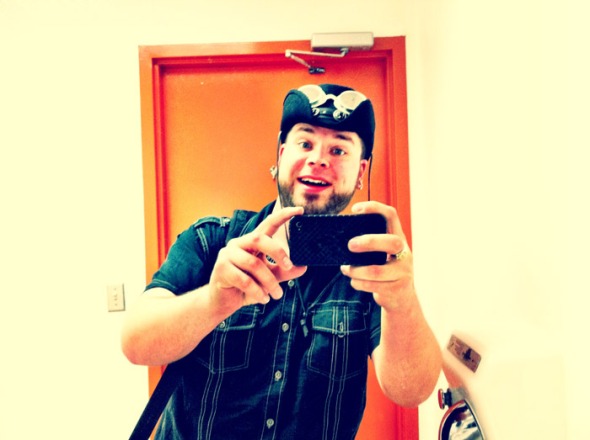 Because of the colours, I’m reminded of Orange, and Cream. YUM! 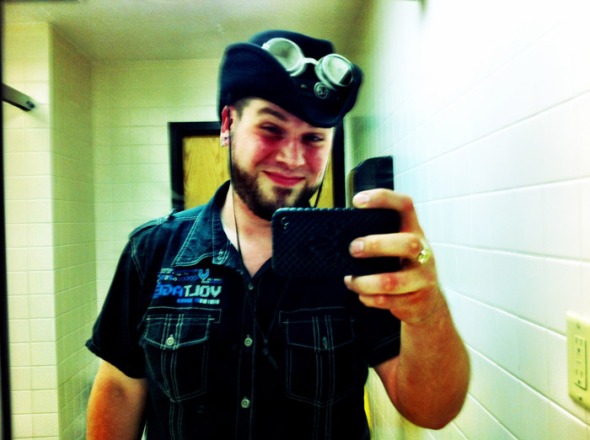 I forget where the hell this is. I’m sure I’m still in the U.S.of A! 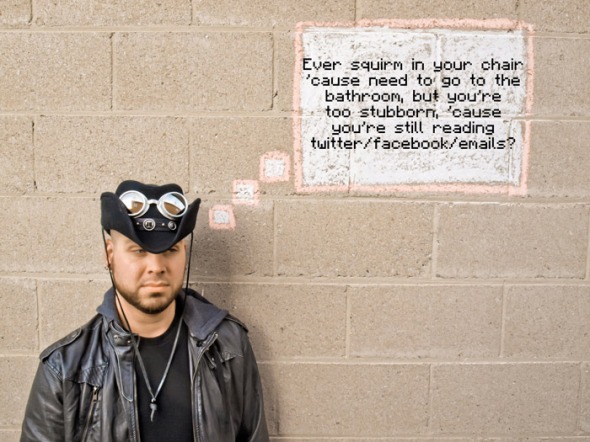 I took a poop in the same place Elvis, and a whack-load of other old timey jazz/blues musicians recorded music. Sun Records, in Memphis, TN! We decided to take a peek there on our way back home, but as soon as I came out of the bathroom, everyone was gone. 😦 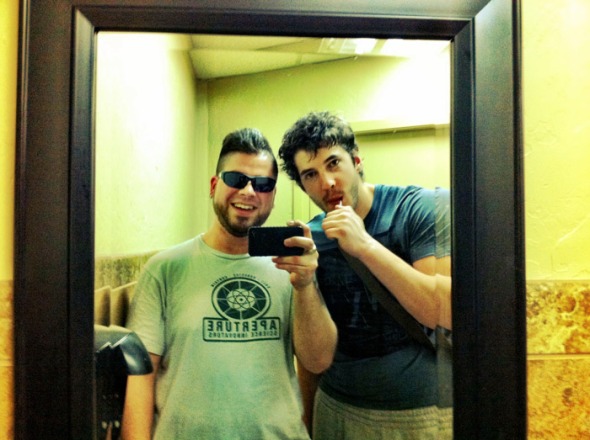 On our way back home to Toronto. In tow are The Suburbians from the UK. Doing our thing at the gas station, I yanked Mark, the lead man into my pic. Boom.

I know I’ve been getting slow with updates. It’s funny when you never have time to just sit and think. Most of my thoughts come in between tasks, and if I remember, I’ll get them down to post. Anyway, on with my LATE bathroom pic….
I forget the name of this place, but they dump a bucket of cooked seafood ON THE TABLE, and you eat like an animal. I’m talking King Crab, Blue Crab, un-peeled shrimp, corn, sausage, and a whole lotta NOM NOM NOM. This was on 6th, in Austin, TX. My band, The Rabid Whole, was down for SXSW, so we decided to try it. And the chow was not cow, but from starboard bow! AH-HYUK! Thems rhymin’ words.