My Year-In Report of Gaming and Music

If you know me well enough, music and gaming are my top 2 favourite things ever. This past year has been a consumption of media as much as I see stupid memes on Facebook of that dumb angry cat. I think I’ve become a digital hoarder of sorts.

MUSIC
In a sea of randomness of music out there, there’s been literally a select few that have been worthy of a purchase. Now not all of these are 2012 releases, but they are new to my ears this year.

…and that’s about all that has tickled my fancy…

This year has also seen the release of my band The Rabid Whole’s album “REFUGE”, and my EP of covers. Both of which I’m particularly proud to have varying degrees of participation in. The Rabid Whole playing in Austin, Texas, was a spectacular experience. One I will never forget. Not to mention the other festivals we’ve had the pleasure to play this year.

Being in The Rabid Whole has been quite the journey this year as well. I developed the skill of bringing MIDI-controlled lights to The Rabid Whole’s live show, as well as other computer automated tasks for our keyboardist, Chalsey. It’s been a learning experience both technically, and socially as we learn more about each other and work as a team. This line-up of The Rabid Whole has achieved more things in this last year than any other year prior to it. The winds of change for the band will no doubt bring new experiences for us all in 2013.

GAMING
2012 has been crazy in re-living classics, living classics for the first time, and catching up with recent releases. Mind you, I still have to find the time to PLAY some of these games. Some have been a steal-of-a-deal (and I’m not talking about piracy).

CONCLUSION
I always have time for music, but immersing myself in a good game is quite the challenge these days. But 2013 should prove to be quite the challenge yet as The Rabid Whole continue to grow, while I discover new music, and satiate my inner escapist. Maybe my writing skills will improve too. 😛

My band The Rabid Whole has a new press release out! Check it out HERE!

I’ve also updated the THE RABID WHOLE page of my blog!

I’m so excited about this, you have no idea. We’re getting ready to put the rock against the flux!!!

Check out our new song “Future”!

My band, The Rabid Whole, played the IndieWeek Showcase/RedGorilla Music Fest during the SXSW Music/Film Festival down in Austin, Texas a couple of weeks ago. It was a fantastic experience. Probably one of the best I’ve witnessed being in a band.

While talking to people, I caught myself developing a southern accent! Wearing the hat/goggles didn’t really help, either. hahaha!

If you’re friends with me on facebook (If not, look me up. George V. Radutron), you’ve seen these on my timeline (or on Instagram). Except here there’s more of a story to them.

Did I take bathroom pics? You better believe I did! Those will be posted down the road. 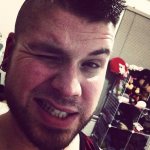 The night before we leave! See Knuckles in the back? Yeah you do…

Pee break for everyone. So I stayed behind to guard the van…

Somewhere in Ohio. Reminded me of home… 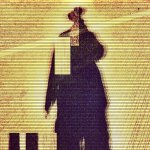 I think it’s about 1AM and we’re damn near Nashville, TN. We switched drivers at a rest stop. I peed behind a building that housed vending machines.

Of course the TV in the hotel has white noise. Whatever. The crazy bike show across the alley was echoing crap I’ve seen in Fast And The Furious. Except, you know… bikes. 😛

The morning in Nashville. Getting ready to hit the road again!

My old daily grind before moving to Toronto was being a mover. So naturally I load the band’s gear, and everyone’s bags. I’m also trailer security!

When in Austin, TX. We finally park at 9th, and Red River. This is the first thing I see stepping out of the van. Such a bold statement. This is America. Turns out there’s a shirt. Bought it. 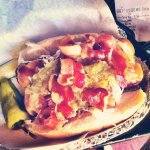 I was about to tell my bass player about Com Truise playing all week during SXSW. Who do I see? Seth Haley himself. He was kind enough to give me a moment to tell him how awesome I think his music is. Fukken eh. 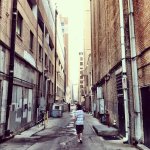 Oscar, and I cutting through an alley. I was later told that in Austin, one shouldn’t do such a thing. 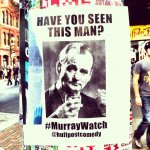 I WISH I saw this man.

The band outside The Dizzy Rooster on 6th in Austin. A couple of hours before our show. First show in the U.S.

Myself after the Dizzy Rooster. The heat + our outfits made for one sauna of a show. I was pooped.

The second and last show of our time in Austin. The Whiskey & Ink was accommodating. The best show of the two, we found. The stage doors were open to the street. It was great.

The Boiling Pot. They dump seafood on the table, and you eat it right there! Blue Crab, King Crab, shrimp, Corn-on-the-Cobb, sausage. So good. A little disgusting, but worth the massacre.

The fixture in the main hall of The Driskill on 6th. The Lone Star is everywhere.

“Staring contest. You and Me.”

These guys called themselves John Conner. Not sure what it was all about. I suppose that’s what the internet is for 😛 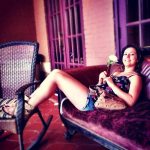 My keyboardist Chalsey, enjoying the balcony at The Driskill as we watched the sun go down.

Green lasers on the roof-tops. AWESOME! I wanted Com Truise music to play. In fact I think that night he was playing…

This hat, that came with the house we’re renting in Toronto, started as a joke. It has quickly become a part of myself and my adventures abroad. Kinda like Indiana Jones. Except I ain’t raiding tombs and the like. Love this hat.

On the way back home, we stayed in Memphis. I wandered the legendary Beale St., and came across this sign. Remember that Liberty statue with the gun? Yeah… 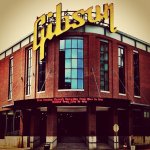 We toured the Gibson Factory. We saw how their guitars get made and assembled. It’s almost all handmade! Very interesting stuff! Very cool!

Yes. That’s Cinderella’s carriage. Too bad my g/f wasn’t with me 😦

Saw this, and I HAD to get it. Nothing like drinking pop the classic way. So tasty! 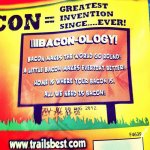