It’s with great pride that I present my live band. We’re busy practicing songs from WAIFU, Robots!, and a few covers. You can listen to everything I’ve done on soundcloud, and buy WAIFU here (which I’ve also given the artwork it deserves).

I toured, and (mostly) everything that goes with it, rocked the stage and met some of my heroes along the way. During the last couple of years of my last band and the year after, I stared into the abyss and unknowingly brought back a dragon I had to fight for it had got so large (ever watch “The Babadook”? Kinda like that, but my own version). Some serious introspection (reading) gave me the sword and shield to deal with it.

Now, I seek one more live adventure with a little help from my band of merry friends (which is why I can’t just call us “RADUTRON”) and I got to say, I’m grateful, and we’re sounding great and having fun.

If this candle burns quickly, it shall burn brightly…

Stayed tuned for a show announcement.

I’m terribly sorry to hear the bad news that you must close your Queen St. West location, here in Toronto.
I usually don’t care about stores, but your store tickled me the right way.

Way back in 2014 my old bass player and I were putting up posters along Queen for what would be our final show in Toronto, and he mentioned Iceman. The next week I checked it out and was delighted to see the amount of retro video games that were available for reasonable prices.

After a couple of friends bought a Retron 5, I too bought one, but wanted to get it at Iceman. This kick-started my collection of games from my youth that I rented but never owned. I even bought games I always wanted to try as a kid! I even saw my brother’s fav game for N64 called “Mystical Ninja” and I bought it, a used N64, and Starfox 64, so he could experience it again. My nephew even got to experience it as well.

Your trading policy pleased me, as you guys gave a fair trade value for store credit, and never made me feel I was an idiot for bringing them in.

Despite my pre-order of Mass Effect: Andromeda coming out after you close, I was told that you guys would mail my copy to me when it came in. This is great news!

Anyways, terrible to see you guys go, and I hope your employees find a new jobs promptly. It’s going to be hard to find another retro game store that I will bother to make the 45min-1hr trip for again.

Best of luck to everyone! 😀

Other than “The Book Of Mormon” I haven’t seen a play probably since I was in elementary school. As a teenager I probably wouldn’t have cared to see it.

I fucking loved this play.

Coming in I was expecting more of a set, but it didn’t take me long to get used to seeing the actors use themselves and the same objects, and have my imagination amp it up! The music was a great touch, as I’m a fan of the modern Fallout games, and Guardians Of The Galaxy, where the upbeat music has stark contrast to the grim reality.

I laughed, I cried (tears of joy, especially when you get to “Under Pressure”), and I was overjoyed that I can love my favourite sci-fi genre in a different medium from movies, books, and video games. I just wish I could buy a recording of this!

Your play taught me that we’re all a little crazy in our own way, and our imaginations can make even the darkest realities more fun to play in.

-Kaitlin Morrow’s puppetry of the dog was adorable

Summertime In The Void: Myself in an Isolation Tank

Last night I had the pleasure of visiting Toronto’s brand new isolation tank-spa (is that the right term?), called Float Toronto. I won’t bore anyone with the tech, but if you’re curious to know exactly what “floating” is, just check it out on Wikipedia. This was my first float I’ve ever done, and was really looking forward to it for the last couple of months.

Once I got showered up, and dimmed the room’s light, I got in.

It took me a few minutes to get relaxed, and ricochet myself off the edges of the tank enough so I was perfectly centered, and not touching anything. It feels great to float in really shallow water, thanks to the epsom salts.

I played with closing my eyes for a bit to see the difference of the darkness vs. my eyes closed, and there was none. You know how when you close your eyes and you see the ghosting of everything you’ve been looking at? Well, I just stared at them, and breathed really slow. After whatever amount of time of doing that, I saw an orange-chromed alien space ship with multi-coloured lights, which also looked like an orange slice (because the panels on the ship looked like sections of an orange). I saw this for what seemed like a split second, and then all the ghosting in my eyes slowly turned into a dark grey shape. This shape revealed itself as flower petals, that I was witnessing from the inside. I watched these petals bloom outward, as I watched dark grey spores float upward, away from me. Then a short time later, I’m pretty sure I fell asleep for the rest of the float. I forget the dream, but I only remember seeing my brother when we were just kids (like 7 or 8 yrs. old), this is something I’ve never remembered dreaming of before. I woke up to the sound of music, which Float Toronto uses to let people know it’s the end of the session. The music I didn’t like, until I realized sometime after it reminded me of the title screen music from the first Mass Effect game.

Waking up felt sort of strange. I knew I was asleep but when I opened my eyes it was still dark. I got up, and awkwardly opened the door. Stepping out of the tank was like when you see those guys in Sci-Fi movies come out of their stasis pods, and are all like “ughhh…fuuuuuck”. I say this because even with the very dimmed lights in the room, I felt pretty sensitive. I blindly made my 3-step motion to the shower for a good post-float scrub down, and started getting used to gravity, and light again.

After leaving the spa, I looked at Queen St. W. with fresh eyes, and the environment seemed new again. I put on some Com Truise in my ears, and started to groove on the beats, thinking about what I saw and dreamed about, and made notes so I wouldn’t forget. On the bus I quickly became annoyed at all the noise going on. I felt like it was all unnecessary, and everyone should just shut-up. I got home safe, and was thinking about how I should tell my lady the crazy stuff I saw.

I must say this was a great experience, and made me appreciate true peace and quiet, with no gravity pulling me down. It was a natural high, and soaking in the water left my skin on my butt nice and soft. Yeah. That’s right.

I want to thank Float Toronto for being super nice, and accommodating. I’m looking forward to my next 2 floats! 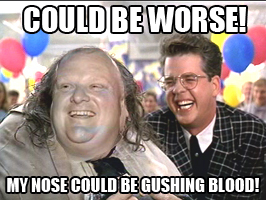 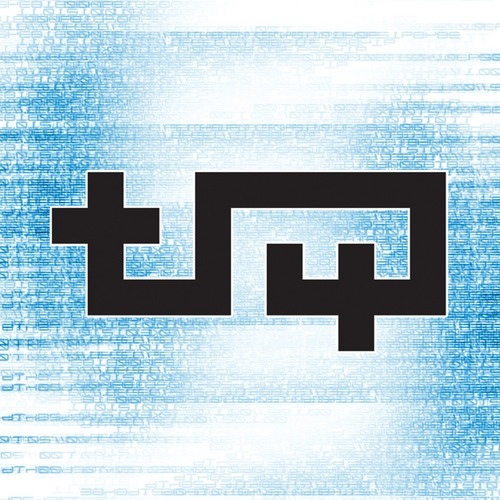 First thing, we recently shot a music video for our song “Future”. It’s currently being edited and we can’t wait to show the world when it’s done!

We played Toronto and Ottawa, few weeks back, and we rocked the hell out of those cities! Lithium Magazine did a interview with us at the Toronto show, so here’s the video. Though ignore the mention of a tour for this fall (we may have shot off about that way too soon. But be patient!)

The Rabid Whole is nominated for a Toronto Independent Music Award in the “Best Electronic” catagory, so the band is going to be attending the awards this Saturday. Here’s the press release about it. We will be wearing our finest polyester to this shindig. 😛

Our next show is during Indie Week, here in Toronto next week. Here’s the Facebook event.

And if you’d like, here’s a full stream of our most recent album “Refuge“.

Hopefully I’ll see some of you at one of our shows!

On a personal note, I’ve helped brought lighting to The Rabid Whole’s live show, which I’m pretty proud of. I learned a whole whack load of new tech stuff in a weekend!

For my fellow Canadians, have a lovely Thanksgiving, this weekend.

Something A Commuter Never Says 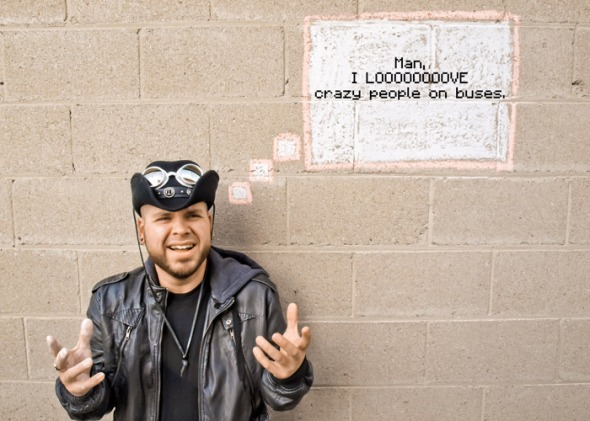 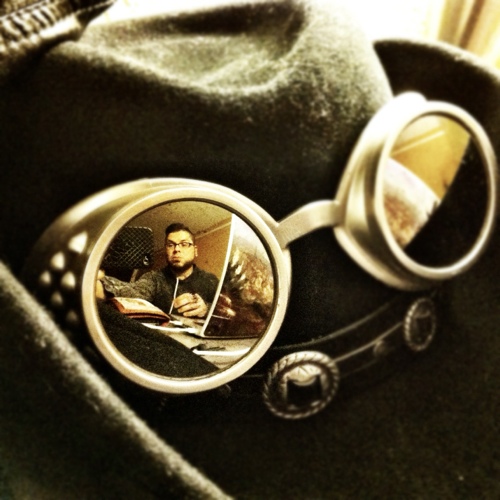 Get Out Of Your Way

“…Or How I Learned To Stop Worrying And Do Covers” is OUT NOW!

You can grab the digital EP with PDF Booklet and bonus track “Metropolis Zone” from BandCamp.

Or head to SoundCloud and get the 8-tracks there.

*There seems to be an issue with SoundCloud cutting out a fraction of a second out of the beginning of a few tracks in the player. I hope this is not the case when people download them. 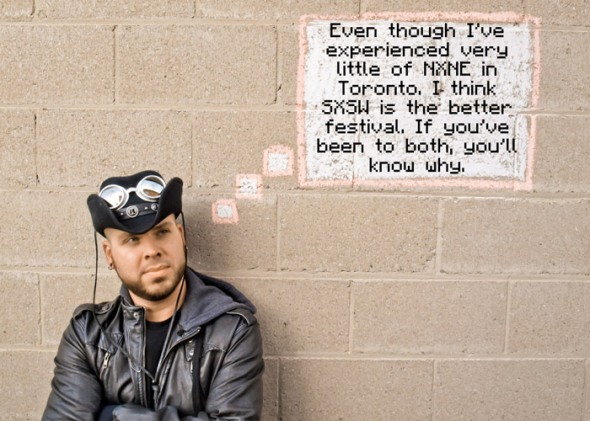 This is one is from my keyboardist Chalsey Noelle! She snuck this one during a late night gathering after our show during NXNE. Thanks Chals!

Send in your bathroom pics to radutron@gmail.com and I’ll post your pic on Saturdays!

The Rabid Whole does a Thursday Throwdown

For all of you Torontonians…

The Rabid Whole’s CD Release Show SOLD OUT last Friday, so we are playing a surprise party at The Hard Luck TONIGHT!

RSVP through the link below for FREE DRINKS/FOOD/SHOW… sounds like a good deal, eh?

Come out and party with us, while supplies last!!

Check out this review from the CD Release Show!:
http://www.examiner.com/review/the-rabid-whole-tear-up-the-bovine

Here’s a full stream of our new album:
http://puregrainaudio.com/audio/the-rabid-whole-refuge-album-stream-exclusive-world-premiere

If you’re in Toronto tonight, check out my band’s CD Release Show for our new album REFUGE! We’re playing at the Bovine Sex Club once again! Party like its 2099!

Think this album is gonna suck? Well read this review!